5 High-Return Updates for the Home

A photo from the 1980s shows the 19th-century house that Chris and Rebekah Berry later purchased. The couple have since restored the exterior. (Chris Berry)

Whether you plan to sell your house this year or after your last child leaves the nest, being a homeowner includes keeping the house in tip-top shape.

Yes, you can boost your sale price by updating your kitchens and bathrooms, but buyers will never even see your home's interior if the exterior scares them off.

Every house needs curb appeal. You want your house to say "welcome" to prospective buyers, not, as Oz said in the "Wizard of Oz," "Go away!"

Following are some suggestions from experts in the field and homeowners who have upped the curb appeal of their homes.

"Step back and look at your house as though you've never seen it before," said Chip Wade, host of HGTV's "Elbow Room" and a home-improvement consultant for Liberty Mutual Insurance. "Even if you don't use it, there should be a clearly defined path to your front door. After dark, the entry should have sufficient lighting. The address numerals should be visible and easy to read. If your front door needs to be replaced, now's the time."

Buyers will notice if your house needs a new roof or siding. These are costly, but they can make or break the sale. Long-term warranties tell the buyers they don't have to worry about re-doing these projects.

A photo from the 1980s shows the 19th-century house that Chris and Rebekah Berry later purchased. The couple have since restored the exterior. (Chris Berry)

One of Wade's biggest bugaboos is the garage door, which can hog the screen in your house photo. "It's a necessary evil," he said. "But a substantial one will look better than a 'builder-grade' door. The new wood-look doors look real but are not as heavy as real wood."

Ideally, your house has a front porch, said Wade. "Short of that, you can add a portico that's big enough to keep your guests dry when it's raining," he said.

Before you add either to your house, read your city's building rules and neighborhood covenants. They may say, for example, that there must be at least 40 feet between your home and the curb or you can't use certain materials that are not common in the neighborhood, such as vinyl siding.

If you have a front porch that's just decorative and not deep enough for chairs, it detracts from your house's curb appeal, said Wade. Hire a contractor to remove this 1980s amenity, which only looked good on paper.

"We did a lot of the work ourselves," said Chris Berry of the 19th-century house he and his wife, Rebekah, remodeled in Elgin. "But first, we got professional advice."

Before they bought paint, they hired a color specialist who helped them choose a set of colors that would have been used when the house was built. "And we hired a landscape designer to draft a plan that took summer and winter light into consideration, then planted the plants ourselves to save money," Berry said.

A photo shows the appareance of Chris and Rebekah Berry's Elgin house when they bought it in 2012. The couple remodeled the home, doing much of the work themselves. (Chris Berry)

To define the Berrys' corner lot, the landscape designer suggested they install an aluminum fence with a wrought-iron look. The designer was spot-on, Berry said. The fence frames the front-yard view of the house and saves their plants from being trampled by kids who attend the grade school across the street.

If you can't afford the pros, take advantage of apps and manufacturers' websites that let you post a photo of your house, then "paint" it different colors or add amenities.

For a landscape design, not including plants or installation, set aside at least $500.

As you undo the remuddling your house suffered, "don't fight the house's original style," said John Potter, architect with Morgante Wilson Architects in Evanston. "A professional designer can help you work with it."

When Potter designed a remodel of Renee and Garrick Lau's 1896 Italianate house in Wilmette, he chose materials his predecessors would have used in the late 1800s.

Potter kept the home's original, wavy-glass windows. What they lack in energy efficiency, he said, they have in character.

Sometimes the house's original exterior is there, but hidden.

"Under a layer of aluminum siding was the original siding and architectural details including sunbursts and half-round windows," said Berry.

Chris Berry sits on his front steps May 23, 2016, in Elgin. When remodeling, Berry and his wife, Rebekah, hired a color specialist who helped them choose a set of colors that would have been used when the house was built. (Stacey Wescott / Chicago Tribune)

The Berrys do their own home-improvement jobs to save money, but Berry estimates it would cost about $25,000 to repair original clapboards, replace rotted areas, recreate damaged ornamentation and paint the whole exterior. This is for a 2,000-square-foot house.

Before you embark on home improvements that will enhance your home's curb appeal, consider how much money you'll recoup when you sell the place.

Lucky for you, Remodeling magazine compiles an annual cost vs. value report.

If you replace your unsightly front door, for example, you can recoup 72 percent of your cost if you get a fiberglass one or 101.8 percent if you buy one that's steel. You'll get 88.4 percent of your money back at resale if you buy a new garage door.

If you are not selling the house soon, add the value of having that amenity while you live in the house. Many a homeowner says he wishes he had made the upgrade years ago instead of making it prior to selling.

A subscription to Remodeling will set you back $24.95.

There are two components to curb appeal — the house itself and the plants that give the property life.

For the lush lawn that buyers want, consider a professional lawn service for fertilizing and weed control.

If you have at least three months until you list your house, the service can seed and aerate it, too.

If you're listing the house soon, splurge on sod for an instant upgrade.

Trim or replace foundation plants that hide the view of your house from the street. Edge the lawn for a tidy look.

Post large planters on either side of the front door. If you don't have a green thumb, fill the pots with faux boxwood, said the experts at The Silk Thumb in Highwood. They cost more than the real McCoys, but are maintenance-free and look real.

Grass treatments cost $100 and up, depending on the size of your lawn.

Today's buyers start their home shopping on their computers or smartphones.

"The first picture they see is the front exterior, so if that's not good, they won't go any further," said David Yocum, a real estate agent with Redfin's Chicago office. "If there are no pictures online, the buyer assumes there's something really wrong with the house and isn't interested at all."

If buyers like what they see online, they ask their agents to schedule tours.

For a set of professional photos of the house, you'll spend $500 or more. Many real estate agents cover this cost, though, for properties they list.

Leslie Mann is a freelance writer. 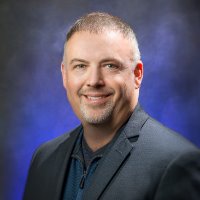 David Fonesca’s approach to real estate focuses on two things: providing the best customer service possible, and staying ahead of the ever-changing market. Customer Service is what makes the differe....

An Introduction to Bridge Realtors

10 Secrets for Selling your Home

Selling Secret #10: Start with the Right PriceFind out what your home is worth, then shave 15 to 20 percent off the price. You’ll be stampeded by buyers with multiple bids — even in the

How to Prepare to Buy a Home: First, Use This Checklist

As everyone knows, a house is not an impulse purchase; you can't just waltz in and declare "I'll take it!" Long before you get to making that offer (on paper, through your real estate agent)—

By registering, you agree to our terms of use and that real estate professionals from Bridge Realtors and lenders may call/text you about your inquiry, which may involve use of automated means and prerecorded/artificial voices. Message frequency varies. Text HELP for help or STOP to cancel. You don't need to consent as a condition of buying any property, goods or services. Messages/data rates may apply. Additional information about data use is in our privacy policy.